“An awesome Izakaya located in the heart of Stockholm”

We are not the normal anxious restaurant with staff on their toes – we are an awesome Izakaya where it is easy to get in and out. Book a table if you feel like or simply drop in. Come alone or with friends, but most importantly – as you are.

The name “Miyakodori” has been inherited from Master Kiyoshi’s Izakaya in the Kawasaki prefecture, outside Tokyo.

It was founded by Kiyoshi’s grandfather and has been there since the time after World War II – where the Izakaya became both a meeting point and an extension of the living room in the densely populated Kawasaki. It is where you stop by after work, have two beers, a few finger-licking good Yakitoris, or talk about work or whatever spins in your head at the moment.

Kiyoshi honors this and when one of our founders left a Swedish flag there as a child – he was gladly surprised to still see it hanging there when he started working for Kiyoshi decades later.

We have brought the name and concept here. Come as you are – stay as you like. 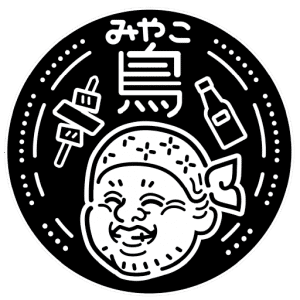 We are located in central Stockholm, Vasastan – 600 meters from Rådmansgatan Metro Station. Come as you are and enjoy!

Please contact info@miyakodori.com if you’re intrested in working with us!